Elements of reflection and principles of action for future European citizens

In 1992, Franck Biancheri was already very familiar with the community system, due to the various acquired experiences in the «community school» where he and the rest of the «builders» were formed (as he himself pointed out in the first chapter of this book). Here are some memorable ones: the creation of the European Student Forum (AEGEE-Europe); the campaign for the Erasmus Programme; the creation of the first trans-European political party named IDE; the prospective work of the Prometheus-Europe Association and, particularly the denunciation of the malfunctioning TEMPUS programme in 1991/92; the founding of the Euro-Prospective, his own Research and Audit Company for the Community programmes, as well as his working days within the European Court of Auditors (1991/1992). All those have enabled him to survey the corridors, lobbies and cabinets of all decision-making levels in Europe. He therefore knew at what level one needed to look for responsibilities of the system’s drifts and he used to address directly those whom he considered to bear the failures, but also the successes of the European project. Being always extremely pedagogical, he used to bring ideas, to describe the tools and processes, to consider scenarios and bring solutions to policy makers. All they had to do was to help themselves… 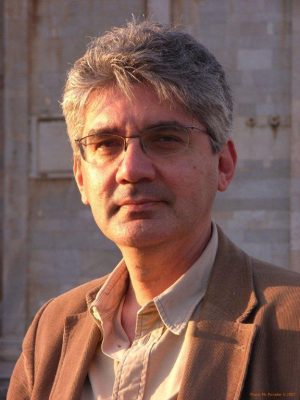 Franck Biancheri (1961 – 2012) was the Director of studies at LEAP (Laboratoire Européen d’Anticipation Politique) which foresaw the “global systemic crisis” as early as February 2006, and which has ever since been anticipating its evolution in the Global Europe Anticipation Bulletin (GEAB) whose public announcements are translated in more than 70 different languages and read by more than 10 million people worldwide each month. He was also one of the fathers of the Erasmus programme. Over the last twenty years, his activities have led him to bring his expertise to many governments and institutions of the European Union, as well as to the United States, the Muslim world, Latin America and Asia. He have also created two trans-European political parties : IDE which ran in the 1989 European election (France, Spain, Netherlands) and Newropeans which ran in the 2009 European elections (Germany, France, Netherlands).