A Manual of political anticipation

On many occasions during the last 25 years, the sphere of influence focused around the personage of Franck Biancheri has, de facto, provided fertile ground for the correct anticipation of major historic events: the fall of the Iron Curtain, the crisis of the European Commission, the collapse of the Dollar and the global systemic crisis… are some of the most striking predictions in the story (which is still unfolding) of this sphere of influence whose very diverse features (European context, network organisation, political objectives, independent state of mind…) allows one to suppose that they play some role, without doubt, in this « ability ».

Indeed, if one’s correct anticipation is the result of chance, the second can be good luck, but by a third, it becomes possible to hope that some rules and a rational approach are at play.

The work done within this sphere of influence, among which the most illustrative is that conducted by LEAP (Laboratoire Européen d’Anticipation Politique) through its monthly publication, the GEAB (GlobalEurope Anticipation Bulletin), has even forced the respect of academics, giving rise to a need for a contemporary approach, which is the purpose of this manual: What is political anticipation (and what it isn’t)? What is its use? What are the tools, principles and rules which shape it? What are its limits?

These are the questions which this small manual will try and answer.

What is political anticipation?

Toward a méthod of political anticipation

Limits and constraints of political anticipation 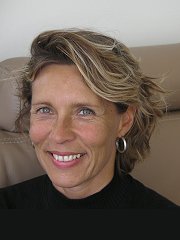 Marie-Hélène Caillol is the President of LEAP (Laboratoire Européen d’Anticipation Politique) which publishes the GEAB (Global Europe Anticipation Bulletin), a monthly Bulletin which develops state-of-the-art geopolitical anticipation studies including which, first and foremost, the analysis and follow-up of the global systemic crisis.

She is also a sociologist and a specialist of European, Mediterranean and international affairs.